After performing as Dj Unique for almost 10 years, Jeffrey den Ronden decided to take his career to the next level by adopting a new name and new sound.
As Cold Case he’s completely focused on the hardstyle sound of today. His 10 years of experience as a DJ, make him stand out from the rest in the currently producer dominated hardstyle scene. When you’re talking about mixing skills and unlimited energy towards the crowd, Cold Case is the man to make it happen. 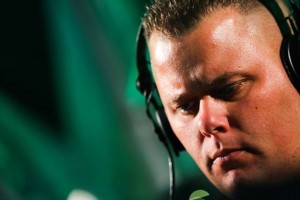 For some of you Unique is not an unknown name in the scene, since he has already been playing at various events and club nights.
Besides that he also proved to be a worthy value to the scene, by gaining success in one of the biggest hardstyle contests back in 2005 and 2006. At the Q-dance Defqon.1 2005 contest he made it all the way into the finals. A year later, in 2006, he also did the trick at the B2S Rookie Nights with an outstanding first round where he was judged by Deepack to be a dedicated winner. He was send to the finals of the B2S Rookie Nights in Outland Rotterdam (nowadays called Eclipse).
After this experience he performed on an outstanding list of bookings at some major clubs and events like Hard Nature, Nature One, Audio Attack, Reset, Sunday Raw, Hard Attack and many more…

Since 2007 he is acquiring the skill and knowledge of producing hardstyle. Dedicated as he has always been, he learned how to produce by interacting with many colleague dj producers that already made it to the top of the scene.
The Cold Case style can be described best as full of energy with a raw edge.
Jeffrey is full of ambition and determined to make his way to the top, by spreading his music around the globe.
For more information about Cold Case and booking requests, contact bookings@lussivemusic.com or fill in this form

Book Cold Case for your event:

You can book Cold Case through Lussive Music Bookings