Onne Witjes, A-lusion, has grown to be one of the most valued artists in the hard dance scene over the past decade. The typical “A-lusion” hardstyle sound has reached many hardstyle fans around the world. He started his professional career in 2003 and has performed in many clubs and at the most prestigious events around the world.

How it all began 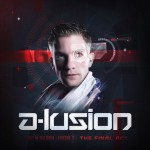 Born in Elst, Holland (on August 11th, 1983), Onne indulged his passion for music at a young age. After a few years of taking piano lessons, he bought his first turntable and keyboard at the age of 14.
A-lusion started his musical career back in 1997, experimenting and producing with tracker-based software (FastTracker II). As “OnneW” he became popular in the so-called “tracker scene” on the Internet and won several awards with his music.

In 2003, A-lusion was discovered by Scantraxx Recordz and was one of the first new and young producers to be signed by the record label. Ever since the first A-lusion release, his sound has been unique, creative and inspiring to other producers. Slowly, A-lusion was given the opportunity to play his own tracks at events, which eventually led to his successful DJ career.

A-lusion released his music on various labels such as: Scantraxx Recordz, Blutonium Records, Activa Records, DJS Records, Fusion Records and Italian Hardstyle. In 2012 he launched his own label and has been releasing his music on it ever since.
A-lusion is responsible for many floorfiller hits, played by all know hardstyle DJs. Track like “Perfect it”, “Drummer Beat”, “Between Worlds”, “Veritas”, “Atlantis”, “Visual Perception” and “Don’t Wanna Know” are considered to be some of the most popular tracks within the hard dance scene. His track “Perfect It” even made it into the official Dutch Dance Charts Top 20 back when it was released in 2006.
A-lusion has collaborated with artists like Brennan Heart, Luna, Scope DJ, Zatox & MC Villain. Besides this A-lusion has made remixes for Zany, Brooklyn Bounce and many others.
Since his first release in 2003, his music has been sold on 30 different vinyl releases and 200 compilations. With over 90 different tracks, it’s clear A-lusion has made a huge contribution to the hardstyle sound as it is today.

His first highlight was playing in a sold-out Heineken Music Hall (Amsterdam) in 2004 at the age of 20.
In 2007-2008 he was the resident DJ of the successful Scantraxx World Artist Tour (SWAT). During this tour, the Scantraxx recordz artists toured around the world every week with A-lusion present as resident DJ.
Besides playing in his home country, Holland, the Dutch DJ also played in Germany, France, Belgium, Poland, Denmark, Norway, Sweden, Italy, Spain, Ireland, Scotland, England, Switzerland, Austria and Australia.
A-lusion performed at the most prestigious and biggest events over the years such as DefQon.1, Q-base, InQontrol, Reverze, Hardbass and X-Qlusive. A massive highlight is performing in front of a 30.000 strong crowd during Qlimax 2009 at the Gelredome in Arnhem (Holland).

At the end of 2009, A-lusion launched a new project together with Scope DJ known as “Second Identity”. With a débute live performance at “HardBass 2010″ in front of 20.000 people, their “Second Identity” was born. This successful project led to his first official artist album called: A-lusion & Scope DJ present: Second Identity. The success of the album, secured them bookings in many clubs and countries around the world.
Around mid 2011, A-lusion and Scope DJ decided to focus on their solo careers again and keep their “Second Identity” alias exclusive for special album performances around the world.
A-lusion has also produced as D-vided, Sylenth, Quantum Force and Digital Delusion.

In the summer of 2010, his own radio show in collaboration with Scantraxx Recordz was launched. Each month, tens of thousands hardstyle lovers listen to the podcast on various radio stations. The podcast edition of the radio show often hits the iTunes Podcast charts.  In his radio show, A-lusion presents the latest Scantraxx releases and gives other Scantraxx artists the opportunity to promote their music by doing an exclusive hour-long guestmix.

Out in The Open

In 2012 A-lusion launches a new solo album series called: “Out in The Open”. With this digital album series he presents his inspirational new tracks every six months.
Music, in whatever genre imaginable, is always made to entertain and guide us on our path of life. Whether it’s pop, rock or hard dance music, it’s purpose is the same. A-lusion will share his vision of hard dance by breaking boundries and blending different styles together in his unique hard dance sound. So basically any real world or synthesized sound can be expected in the album series.

Being an Internet enthusiast, A-lusion is always pioneering new (social) media. His YouTube channel has over 15.000 subscribers and a million views. His “Second Identity” album is available as iPhone App. In 2010 A-lusion made a special video series called: “On Tour with A-lusion” in which exclusive back and onstage footage of his gigs was shown to the world.

In 2010, A-lusion founded a new company called Lussive Media. Besides his passion for music, he also has great interest in artwork and Internet related media. With Lussive Media he works on Internet projects such as websites and webshops. Above all, Lussive Media works on audio projects (mixing, mastering and audio on demand) and helps out young talents by teaching them how to produce.

Book A-lusion for your event: